A pukeko in a ponga tree! - Kiwicakes advent calendar - day 1

I decided it would be fun (after Mum planted the seed in my head), to give you all 25 Kiwi days of Christmas (well at least what Christmas means to me, as a Kiwi here at Kiwicakes living in New Zealand). One new sweet treat each day for the 25 days of December leading up to Christmas. And what better place to start than a tribute to the song "A Pukeko in a Ponga Tree - The Twelve Days of Christmas by Kingi Ihaka 1981"
Today we have "A pukeko in a ponga tree!" cupcake. 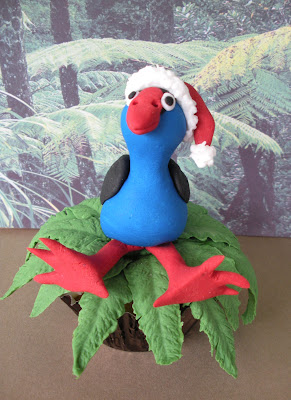 This cupcake was created using a brown foil cupcake paper to represent the tree trunk. The pukeko is made from fondant icing. The ponga tree fronds are made using the fern cutter & veiner (some tweaking of the fern leaves was done to cut slits in the leaves and point the ends of fronds)
For the rest of my 24 blog posts, I'll endeavour to mix it up a little - to ensure many types of sweet treats get covered. I'll showcase not only ideas, but local produce & ingredients. Posts will range from basic to advanced skill levels, I'll have some sweet treats which can be achieved quickly and others that will take longer. Hopefully given the wide range there'll be something to appeal to everyones tastes


Special thanks goes out to Lisa from The Whole Cake & Caboodle who helped me with some of the creations. Without her, these 25 posts would have been alot harder to create.

Now I know all of you that went to primary school in New Zealand from 1981 onwards (or had children or grandchildren that did) know this song. But just to refresh your memory, the words go like this:

And a pukeko in a ponga tree!


Tune
Sung to the usual tune of "The Twelve Days of Christmas." Remember to slow down the line " Five - big - fat - pigs ! "


For my overseas readers - Wikipedia's (the free encyclopedia) definition of a Pukeko & Ponga tree. 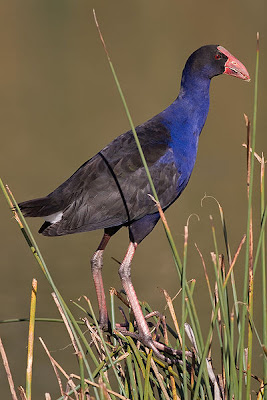 Pūkeko is the common name, derived from the Māori language, for the Purple Swamphen (Porphyrio porphyrio) in New Zealand. 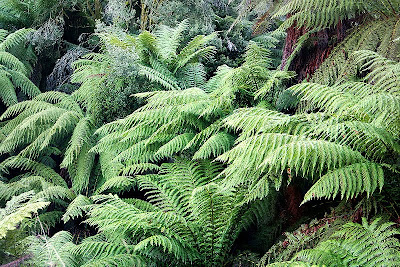 Cyathea dealbata, or the silver tree fern or silver fern (kaponga or ponga in the Māori language), is a species of medium-sized tree fern, endemic to New Zealand.[1]
This fern is known to grow to heights of 10 m or more (though it occasionally takes a rare creeping form). The crown is dense, and the fronds tend to be about 4 m long and have a silver-white colouration on the undersides. This distinctive silver colouration has made them useful for laying along tracks for night walking. The scales are a dark brown and are often twisted and glossy.
Arriving relatively late in New Zealand's history during the Pliocene epoch[2] (around 5 - 1.8 million years ago), the silver fern occurs on the main islands of New Zealand and on the Chatham Islands to the east, mostly in the subcanopy areas of drier forests and in open scrub. It is known to grow well in well-drained humus, and once established, it will tolerate drier conditions. It does best when sheltered from winds and should be protected from frost. It does not grow under the dense canopy of mature forests. 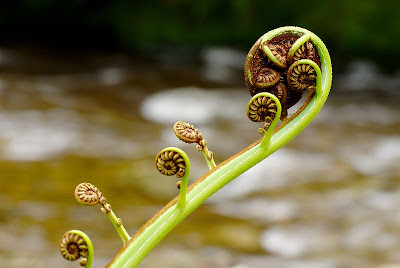 Silver fern in cultureThe silver fern has long been used on dairy products and was trademarked as early as 1885.
It is a logo for many other organisations, such as (heavily stylised) the rail infrastructure owner OnTrack and the Silver Fern is also the name of a class of rail carriage.
The koru symbol found in Māori art is inspired by the shape of a young ponga frond.
Silver fern leaves appear on the Coat of arms of New Zealand.
Many New Zealanders get a tattoo of a Silver Fern, as a statement of being from New Zealand.
Some alternative flags for New Zealand, such as the silver fern flag, use the Silver fern.
Posted by Kiwicakes at 12:01 AM