Sweet art of cake decorating on show at NewDowse

This stunning chablon mat is my new favourite this month. Priced at 59.95. Follow this step by step guide, from our good friends over at Roberts, to create breathtaking adornments for your cakes & cookies. New also this month, is a Paisley chablon mat. 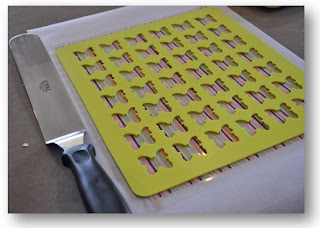 Step 1. Get your equipment ready.
•Baking Paper to protect and cover your bench

•An offset spatula or Perfection Strips 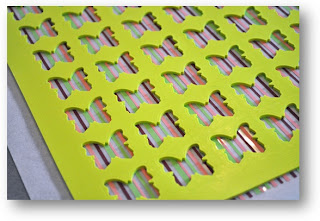 Step 2. Place some baking paper on your bench and then lay the Chocolate transfer sheet on top - rough side facing up (ie the side that has the chocolate on it). Place the Chablon mat on top making sure you can see a pattern through each chablon cut out. 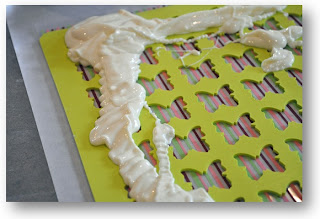 Step 3. Melt some chocolate - you need around 210 g. I used a whole packet of 300g and it was way too much. Pour the melted chocolate along the top and left hand side. 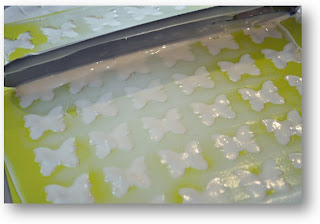 Step 4. Spread the melted chocolate over the entire chablon mat so that an even amount of chocolate "drops" into each chablon cavity. You also want to try and get a clean finish around each cavity, so that the finished pieces have nice smooth, crisp edges.

Step 5. Let the chocolate set. I found room temperature was fine, as the chocolate is fairly thin, so doesn't take much time at all. If you are working in hot conditions, slip a baking tray under the baking paper and put it in the fridge to set. Once set, gently peel back the mat and your finished pieces will be revealed. 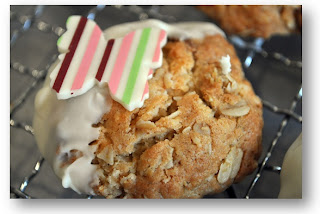 No more boring biscuits or cupcakes! - it's a great way to quickly turn something standard into something AMAZING!
These yummy treats will store in an airtight container for a while, so you can make them in advance as well. 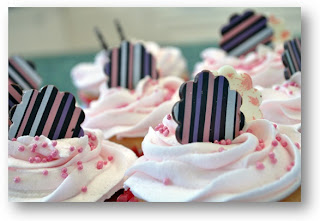 Today I have the honour of appearing in NEXT magazine as one of 25 finalists for the "Next woman of the year awards in association with Aveeno". I am one of 5 "Business finalists". I am humbled that what I do everyday in my life is considered inspirational to others and I would not be here today, without all of you my wonderful customers that helped me get here. Kiwicakes is my passion and some days it really doesn't seem like work at all. The winner will be announced at a cocktail party in Auckland August 12th and appear in the September issue of Next magazine. 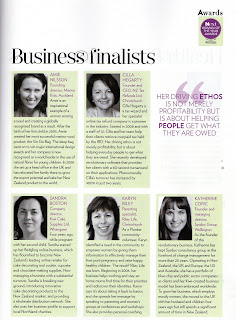 A little background on the Woman of the year awards.
The award is the first media award of its kind to recognise New Zealand woman in five distinctive fields: Health & Science, Arts & Culture, Sports, Business and Community. It is sponsored by Aveeno and will be held annually.

"These are all arenas women contribute to enormously on many levels," says NEXT magazine Editor Christina Sayers Wickstead. "Yet some of these fields are traditionally less acknowledged than others."

"This is a significant announcement for women. An award that acknowledges all the diverse ways in which women contribute, and that values them equally Every year here at NEXT we write hundreds of stories about wonderful New Zealand women in our country achieving amazing things. It became very clear to us that New Zealand needs an award that formally acknowledges these and other rolemodels".

NEXT Woman Of The Year 2010 will be judged by NEXT Editor Christina Sayers Wickstead, Dame Catherine Tizard and Dr Gareth Morgan.

Dame Catherine Tizard was the first female Governor General of New Zealand, paving the way for others. She was also previously the mayor of Auckland during a period of dynamic growth. She is a strong supporter of community, environment, educational and women's causes. Her passion: helping under privileged women move forwards.

Dr Gareth Morgan is a renowned economic analyst and forecaster, Known for thinking outside the square, backing his son to start Trade Me and questioning the status quo (on everything from global warming to tax systems), he is a man of great spirit - a Unicef ambassador who loves to travel the world on a motorbike.

Email ThisBlogThis!Share to TwitterShare to FacebookShare to Pinterest
Labels: kiwicakes, my life 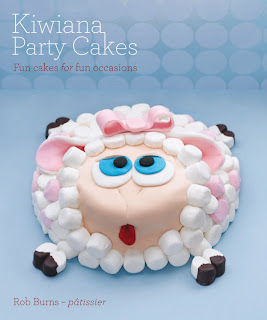 This awesome new book is just perfect for all those Kiwi mums, dads & grandmas priced at only 24.99 it's a must have for your cake library.
Posted by Kiwicakes at 2:38 PM No comments: