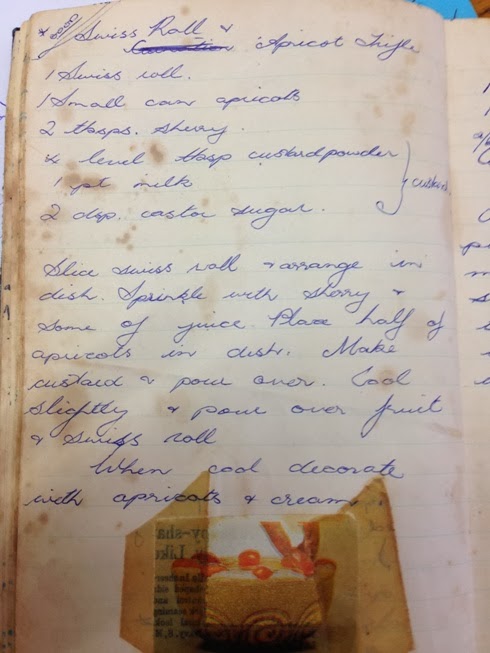 It seems Christmas 2013 I became the official trifle maker for my family. Grandma Kiwicakes rues the day she ever discovered this trifle in a magazine back in about 1980, it's now the only trifle my brother and I ever want. We deem it "Our family trifle". Poor Grandma Kiwicakes cannot make any other, unless she makes this one too (she hankers after her own mothers trifle which had cherry jelly in it). I've actually tried a few different trifles in my time. My mother in laws trifle is in fact very nice, but as she opts for pineapple, I think of it as pineapple pudding not trifle.

I'm not sure why my brother and I are so opinionated about our trifle being changed, we don't have problems trying different versions of other foods. Maybe it's because we only ever had it once a year on Christmas day. And of course Boxing Day trifle tastes even better. The recipe is in fact so simple, many would struggle to see what we find so attractive about it. 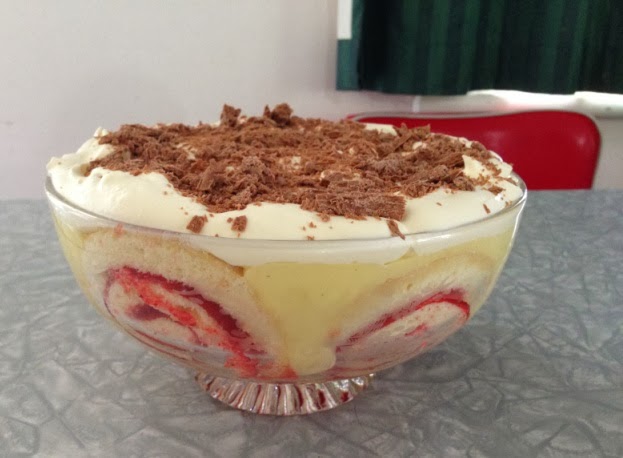 Here's my trifle from Christmas Day 2013. Mum always put a crushed Cadbury Flake bar on top. I see now, looking at her little old recipe book the original had apricot halves on top. It's been made in this same etched crystal bowl every year for the last 30+ years.

Slice swiss roll & arrange in dish. Sprinkle with sherry and some of the juice from apricots. Arrange the apricots over the top of the swiss roll. Make custard according to directions from brand. Cool slightly, then pour over fruit & swiss roll. When cool cover with whipped cream and crumble a flake bar over the top.
Posted by Kiwicakes at 10:28 AM

Email ThisBlogThis!Share to TwitterShare to FacebookShare to Pinterest
Labels: Christmas, My cakes, My Family Recipe Journey, my life