Monday 26th August was SPCA Cupcake Day. Here at Kiwicakes Laura and I formed "Team Kiwicakes" as SPCA Cupcake Day bakers. We baked over 100 cupcakes and raised $282.50 for the SPCA. We worked furiously together for most of the day. Thankfully Laura had spent the week before making many of the decorations. Many of the cupcakes missed being photographed, as we had customers calling early than we advertised to collect cupcakes. 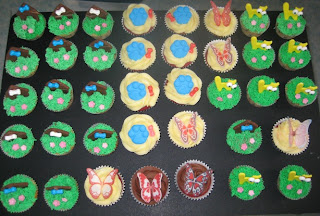 Many of our customers took away 6 packs of mixed designs. We used the SPCA vanilla cupcake recipe created by Chelsea Winters (winner of Masterchef). We also had red velvet with cream cheese icing. What didn't sell over the counter by the time we closed, my team sold around the Kamo businesses - they were all gone in 10 minutes! Since Monday I've received some lovely compliments on them. We also received some extra donations from our generous Kamo business friends. 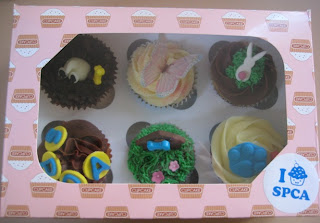 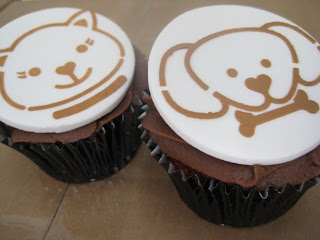 Laura used our dog & cat face stencils, to make these fondant discs ahead of time. The fondant had tylose added to harden them. They were stencilled using royal icing. 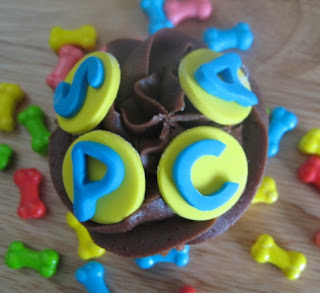 The SPCA letters were cut using the alphabet fondant cut-outs 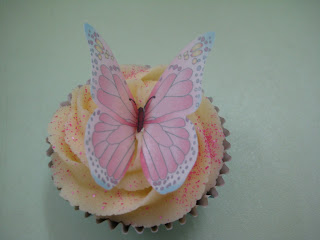 Our edible wafer butterflies were great to create quick yet stunning cupcakes, which was awesome as some of our other designs were labour intensive. 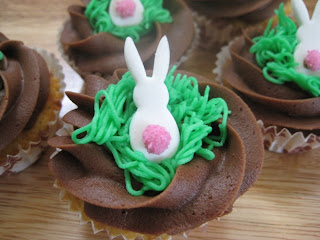 Our Bunnies have a pink mimosa for a tail. The bunnies were cut using the larger of the two PME rabbit cutters. The grass was green buttercream icing piped with tip 233 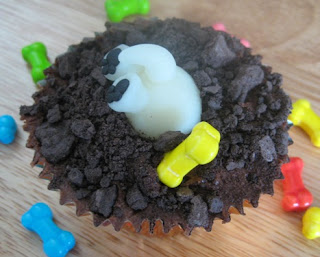 This little doggy digging for bones was made using chocolate modelling paste. The little candy bones were from our range of sprinkles. 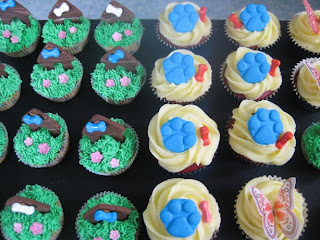 The little dog house and our yellow scaredy cats were both cut using cutters from our miniature precious paws cutter set. The blue paw print was made in just seconds by pressing fondant into our paws & bones silicone mould

Posted by Kiwicakes at 2:18 PM