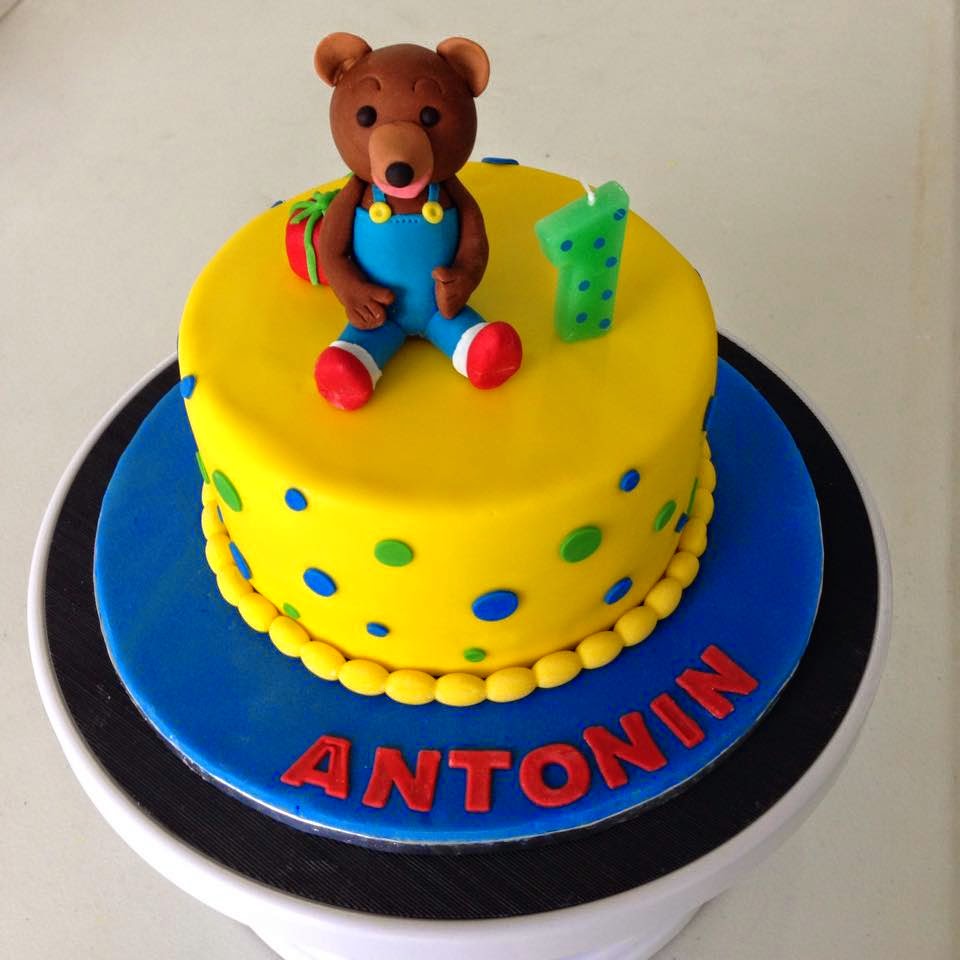 This small cake was made by my daughter Poppy (11 years) for a family friend Antonin who was turning 1. The family is French/NZ and the wee character is Petit Ours Brun (little brown bear, from a french story book). Poppy was the one specifically asked to make his cake. She decided she wanted to make cupcakes as well. As Anotnin loves bananas, she decided to make a banana cake. 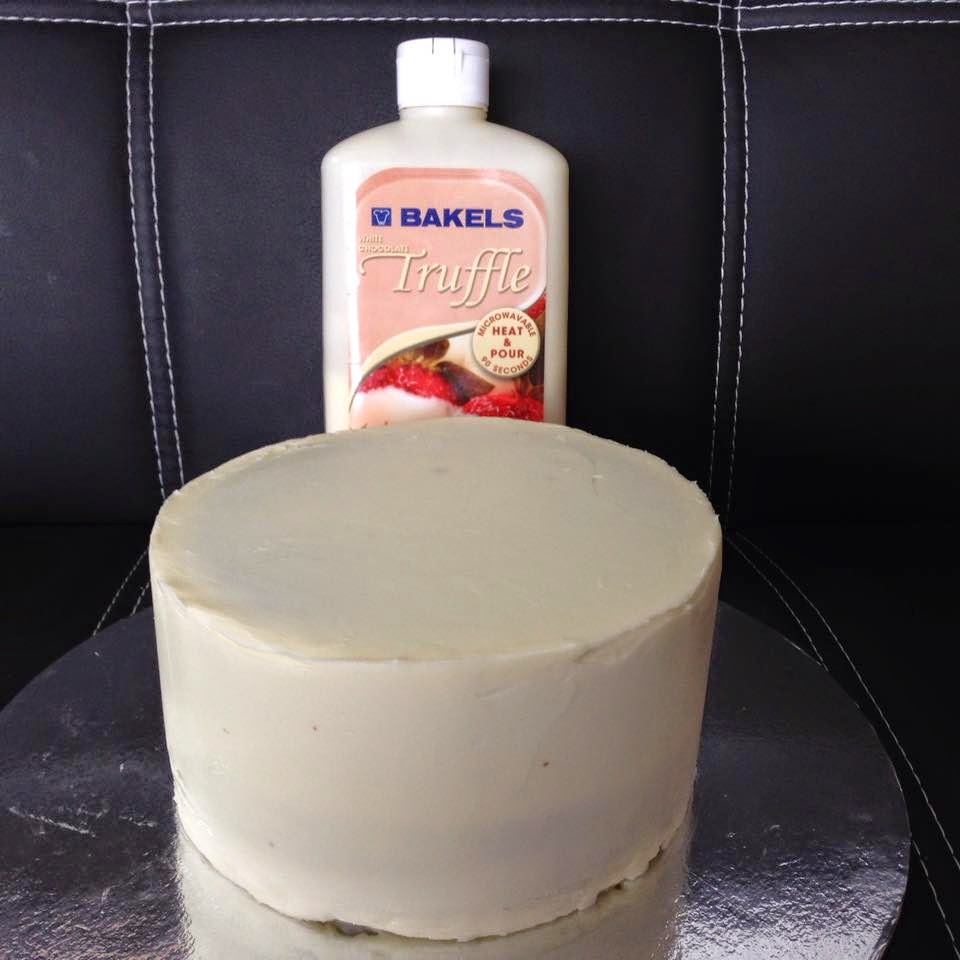 The cake was covered with a layer of Bakels white truffle, which I thought would be easier for Poppy than making ganache. I stepped in and leant a small hand to help her achieve a flat-ish finish. It was then covered in Satin Ice fondant. The little figure was modelled from Satin Ice fondant to which tylose had been added. 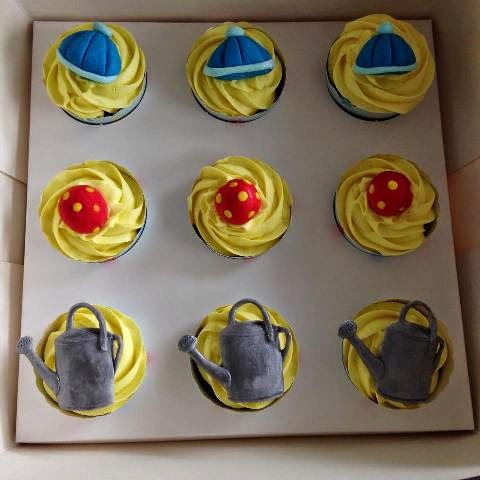 The cupcakes have small motifs on top that frequently appear in the story lines. The cupcakes are finished with easy frost  using a 1m tip 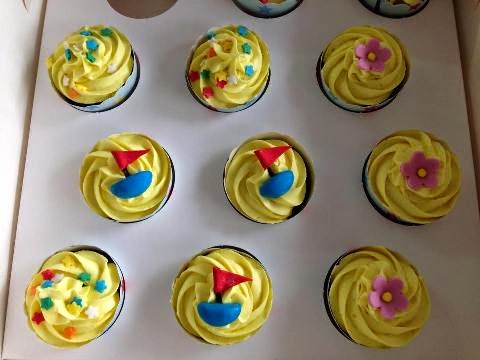 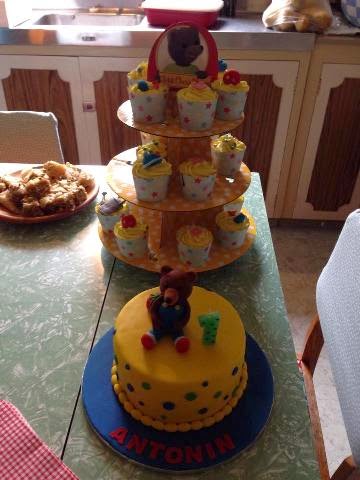 The little cake sat next to a cupcake stand at the birthday boys home. We used a simple cardboard cupcake stand, the way these cupcake stands fit together allows for a picture to be slotted in easily, it is held in place as a topper. 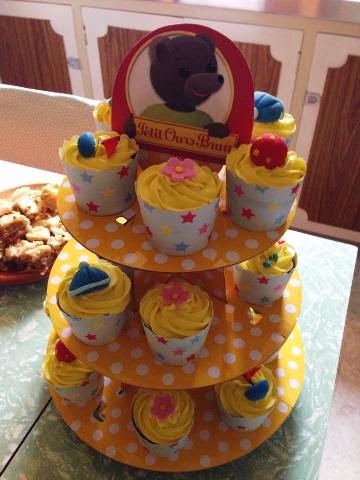 Both the cupcakes and the birthday cake we well received by Antonin, it was so much fun watching him eat birthday cake.