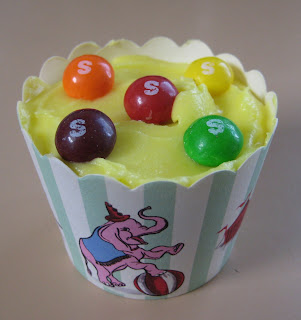 Last year you may recall I made skittles infused vodka. I still have a heap of it I haven't used, so I decided to try skittle cupcakes, as I had plenty of candy, too. I used a regular vanilla cake mix, to which I removed 1/3 cup of water and replaced with 1/3 cup of skittle infused vodka (the alcohol actually bakes out, leaving behind the skittle flavour - it's like using an extract really, so safe for kids to eat). 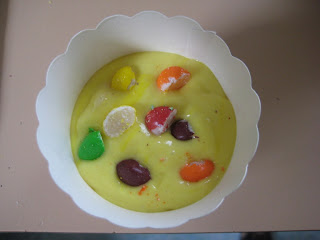 I tested baking with both whole skittles and skittles cut in half. 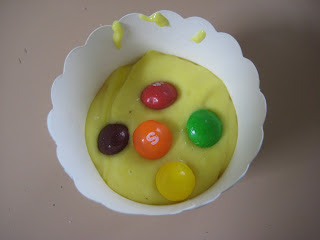 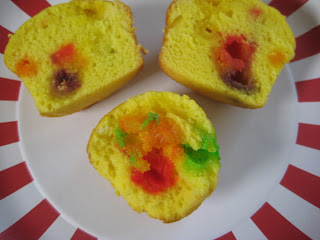 The skittles that were cut in half were the most successful in the baked cupcakes. The whole skittles made a big gooey mess, whereas the half skittles made a nice tasty addition when eating the cupcake. 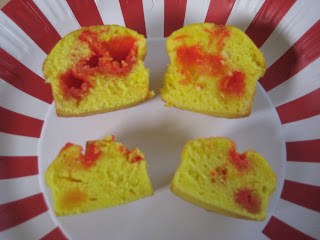 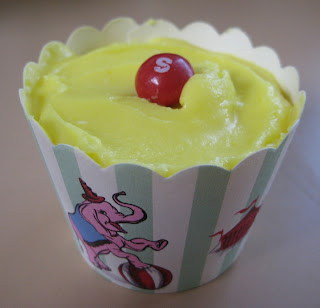 I like the simplicity topped with a single skittle. To my buttercream icing, I added 1Tbsp of skittle infused vodka (replace other liquid you'd normally add). The icing doesn't taste of alcohol, and 1 Tbsp over an entire batch of icing is such a small amount, so the kids can eat this icing, too. Just make sure to put the vodka back on the top shelf, as it's a very enticing colour for kids. 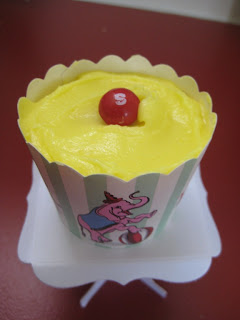 You can find the circus cupcake papers here.