Life on board Pacific Pearl - PART 3 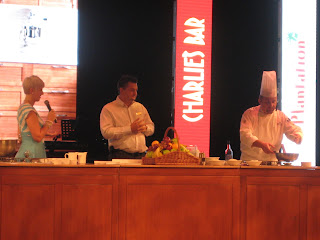 If you can't already tell from my previous posts. I thought a lot about the way food was prepared & served on board Pacific Pearl. So I was thrilled when later in the week I learned there was to be a cooking Demonstration and Galley tour (which until this time, i believed the Galley to be off limits to us. It was timed for mid morning, so there wasn't too much action in the Galley to get in the way. The presentation started in the Marquee show lounge with Zoltina-J our cruise director introducing Patrice Mick (executive chef) and Rossen Mateev (Maitre D'Hotel). Between them they oversee hundred of staff. They cooked for us a Basil Marinated Grilled Prawn Risotto, which was on the menu at Waterfront resteraunt that night (coincidentally DH had it for dinner that night)
After the highly entertaining demo was over (Zoltina-J described the 2 chaps as an old married couple, they had worked together so long, but with their strong accents and highly comedic act, it was like a scene straight out of the Muppets!) 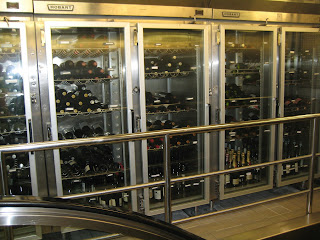 Lucky for me, when one of the P&O staff said to the hundreds of people gathered for the tour, he happened to stand right next to me and Grandma Kiwicakes, so we were in the front of the line heading down in to the Galley. This is just some of the wine being chilled. 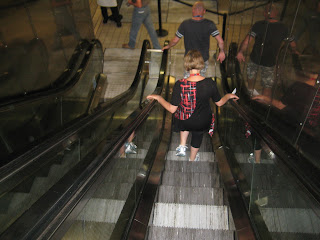 You descend down in by escalator. 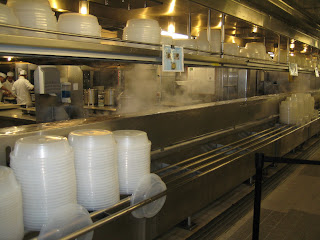 I was conscious I had hundreds of people behind me, so my photos was shot very much on the run. At this time of day mid morning, it was after Breakfast and before lunch, timed to be least busy in the kitchen for us to visit. 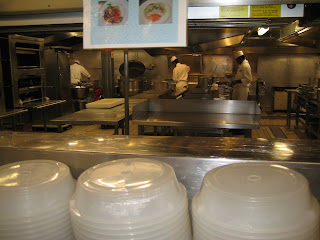 The space was actually quite large, but there was so many different cooking stations, prep stations etc crammed in there - it must be VERY hot working in there. I learned there are actually people employed solely to pick up anything that is dropped, so that the chefs do not compromise hygiene levels. 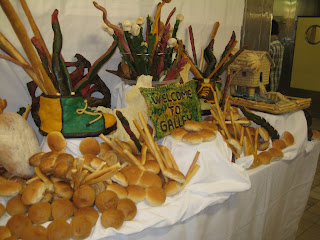 The "welcome to the Galley!" bread display was awesome 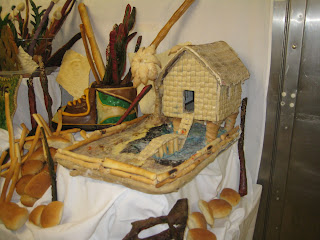 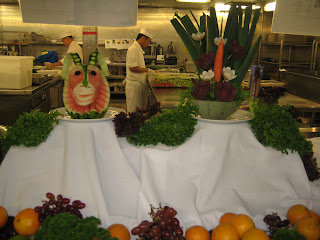 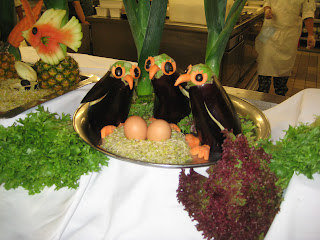 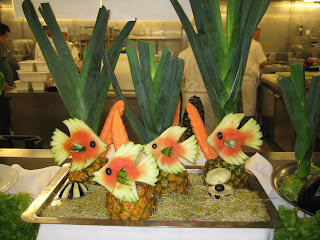 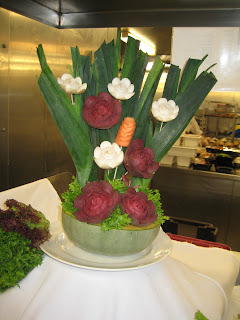 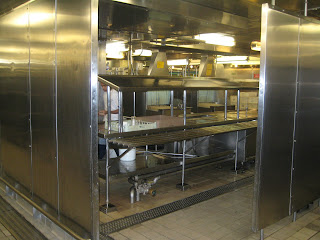 I'm not sure what they do in here!
We received a galley fact sheet that had an interesting list of the quantities of food loaded on board for a cruise. 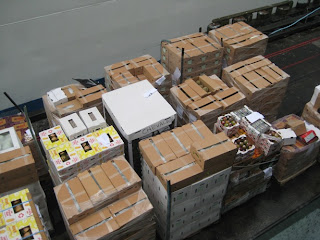