Yesterday we held a small Halloween party at our house for our 2 children and 3 of their friends. We had pumpkin decorating, as well as brownie and cupcake decorating. The Mum of the other 3 children is also a keen cake decorator, so we had heaps of fun. It was also a good excuse to get my Cricut Cake out and cut some Halloween shapes. 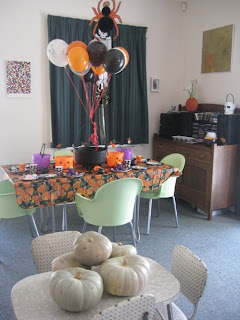 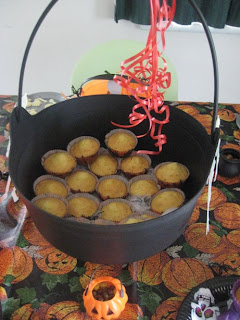 I really liked my black cauldron in the centre of the table which housed our undecorated cupcakes. 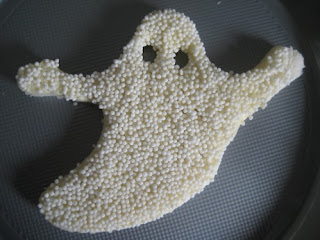 I made the children some snacks - Fairy bread. Or should that be SCARY BREAD? To get an even coverage of sprinkles over the bread, I cut my bread, but before removing the cookie cutter, I add my sprinkles - this allows you to roll the sprinkles into all the nooks & crannies - and get them right out to the edges. 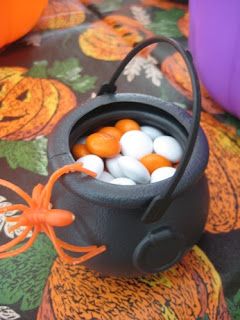 I found these great little cauldrons at spotlight, which were great for the cupcake decorating supplies. 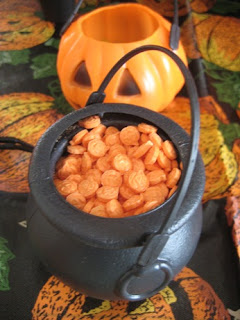 Also great for the cocktail straws 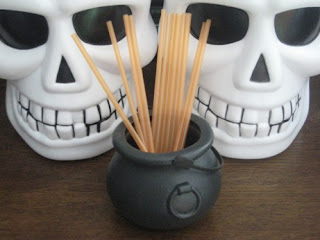 We had plenty of spooky icing. I'm in love with this decorating bag holder, which I brought home from work, just for this purpose. 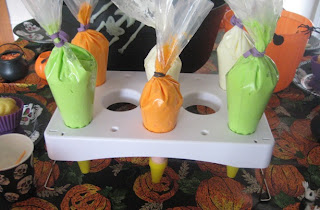 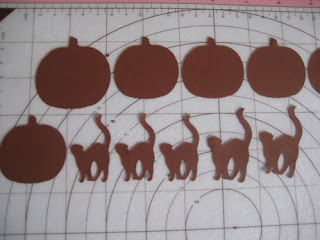 I gave them a lustre powder brush filled with Metallic flame frenzy lustre, so they could give them an orange metallic glow. 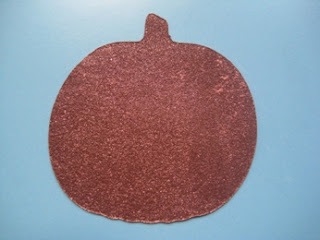 I also cut out some "Boo" - I did one for each child, before they arrived 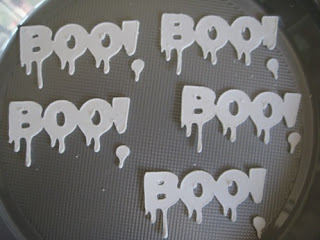 I covered them in hologram white glitter, using corn syrup as glue, I let them dry for a couple of hours before the kids arrived. These are 1 1/4''. 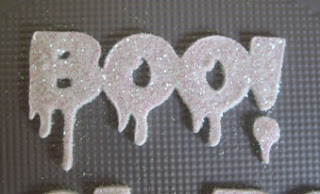 My first one was far too big, but I didn't want to waste it, so I popped it on to a slice of brownie. I really like the way the lettering hangs over the brownie (it's a piece of white frosting sheet) 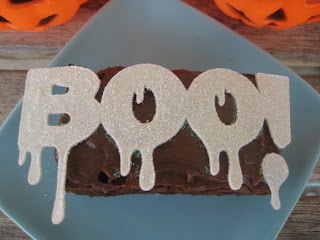 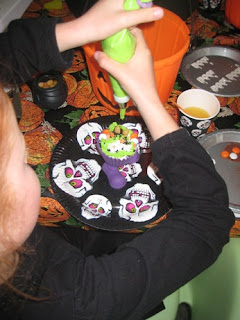 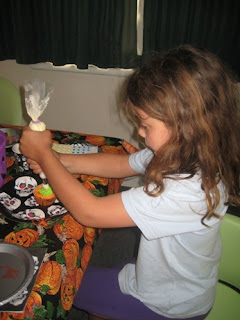 Pumpkin decorating was fun (no orange pumpkins could be found anywhere in town, so we had grey ones. 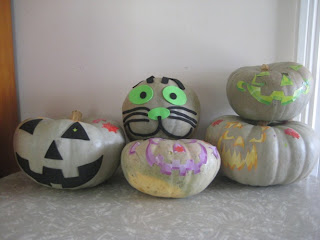 Brownie decorating was also fun, we had a variety of skeleton formations, in their brownies graves. 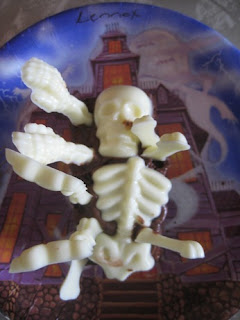 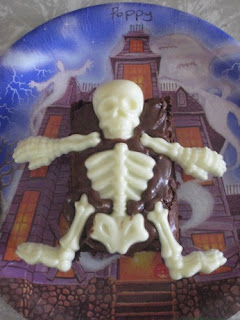 I thought the children did a great job with their cupcakes, it was a tired & happy bunch of kiddies at the end of their day. 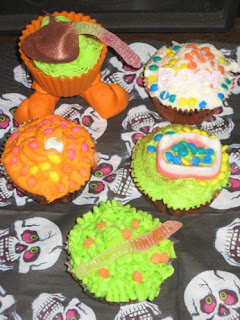 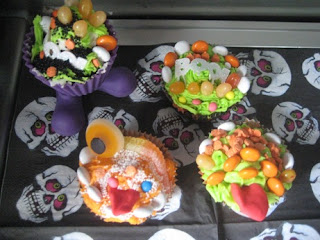 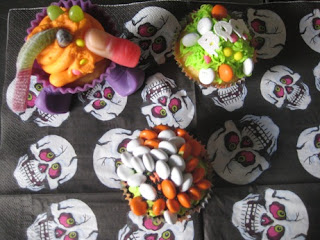 What did you get up to for Halloween?
Posted by Kiwicakes at 10:32 PM